Did You Miss Your Chance the First Time? 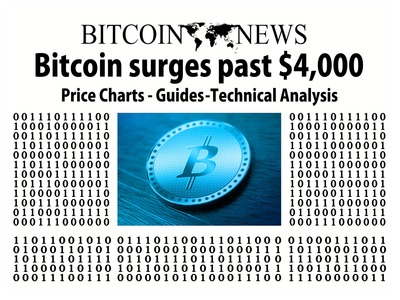 Did You Miss the Bitcoin Opportunity the First Time?

I know this is an MLM platform and the topic I chose to write about today has nothing to do with MLM.

However I feel like we all here at MLM Gateway have the same goal in mind. We want to better our lives as well as those we care about.

Having said that I want to share a personal little story about something called Bitcoin.

I was first told about Bitcoin back in 2010 by a tax client friend of mine.

Back then Bitcoin was going for about 5 cents per coin. He said that a friend of his was advising him to make a change and not waste his income tax refund.  And he wanted to know what I thought about it. I told him that I thought it was just one of those "here today, gone tomorrow" type deals and to not waste his money. Fortunately he chose not to listen to me and forked over $100 to see what would happen. And me? I did nothing.

What I'm here to say is we here on this platform are not like the average Joe's out there. We got involved with MLM regardless of the negative publicity we heard and sometimes against the better wishes of our families, friends, spouses, the media, etc.   We think outside the box.

Please don't make the mistake I made years ago and ignore the opportunity of learning about Bitcoin and the whole cryptocurrency world.

Here's something to consider...

Did you know Bitcoin payments will become popular at Starbucks? In 2020, we'll finally see people spending bitcoin to buy coffee. Did you know around 75 million customers visit Starbucks each month? Exposing so many folks to Bitcoin as a payment option will be the biggest public relations boon in crypto's history. And we'll soon see corporations and governments embracing cryptos.

Bitcoin will finally go from the fringes of society into the mainstream. Though it likely won't be a straight move up, Bitcoin is becoming more accepted every day.

Now, you can buy bitcoin in about five minutes at Bitcoin ATM machines and resources like Square's Cash App and Coinbase's debit card purchases. You don't even need to leave your own home.

I finally got my act together and started purchasing Bitcoin when I pulled up to my local gas station one  evening and went in to pay for my gas and buy a few things.  Much to my surprise, sitting big as day in that gas station was a Bitcoin ATM machine.   I couldn't believe it.

A few weeks later, I got hungry and didn't want a burger and headed over to Subway.  And wouldn't you know it.  I soon learned that Subway accepted Bitcoin to pay for it's sandwiches.

I've been buying Bitcoin ever since.

Isn't it about time you got off the sidelines and jumped into the Bitcoin Revolution?

You can start small like I did or jump in big.  It's up to you.  But get started.

We all have a second chance at becoming better off financially with Bitcoin set to launch into the stratosphere.

Check out where Bitcoin is headed ==>https://tcpros.co/E13VE

See how I do it by clicking on my website below:

Back to announcements >>
This article was published on 16.02.2020 by Frank F. Mayes
Member comments:
No comments yet

Member Ad
Learn and Earn
Have you ever felt like you were meant for more?What if there was a way for you to build a better life & experience more happiness & fulfillment?