It all started back in 1973, when a Nobel Prize for Chemistry was awarded to Geoffrey Wilkinson & Ernst Otto Fischer for Organometallic Catalyst and what it can do for automotive engines. Wilkinson & Fisher (independently of each other) managed to formulate a stable compound consisting of a metal element in the middle of two five-sided carbon rings. This catalyst has been used to improve engine performance, engine life, and fuel consumption in the commercial and industrial applications for almost 50 years. Now with fuel prices at an all-time record high GOVVI has taken this technology and packaged it in boost tablet that is easy to use and affordable for everyone. GOVVI boost tablets make sense as they can help diesel and gasoline engines regardless of if you have a car, truck, ATV, motorcycle, or lawn-mover. GOVVI fuel catalyst tablet helps to break down large, hard-to-burn fuel particles capturing more energy from the fuel and resulting in maximum fuel economy. One tablet treats 15 to 20 gallons, or 57 to 76 liters of fuel and it's been reported by the users to increase their fuel mileage up to 20% on average. Catalyst technology has also reduced emissions by as much as 40%. It is safe with over 650 million miles tested. What was first developed for commercial fleet vehicles is now being brought to the public for personal use.

“There is nothing more powerful than an idea whose time has come”. Victor Hugo - a French Romantic writer and politician - would never dream that his sentence will be used so often in the times when innovations enter markets. In a world, where fuel prices are out of control and inflation is reaching levels not seen in 50 years it seems impossible to make it through life untouched. As Bloomberg predicts: diesel appears scarce heading into the northern hemisphere’s winter and can push fuel prices even higher, bedeviling policymakers who are focusing on crude to tame energy inflation.

The only thing better than saving money is earning money when your friends and family save money. GOVVI has created a reward system for those that want to just make a few extra dollars each month and for those that are looking for full-time involvement with residual income. You could make money and save money with GOVVI.

It is now time for those who refuse to give up, who do not want to complain about the pandemia, inflation, war, winter, whatever. If You feel like an entrepreneur that takes matters into his/her own hands and find solutions that could not only save money right now and right here, but also create innovative ways to supplement income and even develop a life-changing generational wealth – this opportunity is right for You. So spread the GOOD MESSAGE! Pick a package! Come and join us!

Back to member profile >>
This article was published on 23.11.2022 by Andrzej Tonderski
Author's business opportunity: 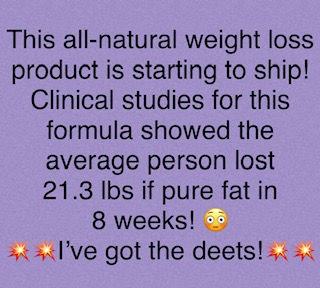 Member Ad
Millionaires Made daily
This is the Greatest opportunity I have ever seen in my life! Did you miss out on the Bitcoin Run? In my humble opinion (IMHO), this opportunity was meant for people like You and I.