I would like to introduce the company LEO and its ecosystem. LEO=Learn Earn Own. The company was founded in 2012 by Dan Andersson, it is an e-learning company. For the little story, in 2013 the company Bitcoin came to see them to accept payment in Bitcoin and they saw their business figure increase. They then created in 2014 their crypto-currency,Leocoin. At the begining the leocoin value was 0,07$, today the value is at 1,15$ and the goal is to reach 100$ in 2018. To achieve this goal the company has been based on success Of the Bitcoin, it is a currency that is public, that can be traded, and exchanged. And LEO has also set up network marketing so that the value of the leocoin increases. The company was approved by many DSA like DSA UK - DSA Canada - DSA Pakistan - DSA Sweden. When you want to become a LEO member, you buy a e-learning pack, you will have access to unlimited trainings during a certain time.

This is for the passive income, you have your leocoin and you let the value grow or you can be a active member and earn money. LEO have four compensations plans for the network marketing.

Reverse Matching when you're silver (500BP in each team) , you get paid on your sponsors on 7 levels up. Imagine you buy the 2nd pack, without sponsoring, you get paid.

Matching Bonus , you get paid 30% on 10levels downline.

LEO is also a company that evolves in markets such as travel and crowfounding.

We are 300,000 members, LEO want to reach 1 million members, and they also want that every members have 500leocoins minimum.

The demand is better than the offer, so the value grow.

Back to member profile >>
This article was published on 26.03.2019 by Phindile Zamanguni
Author's business opportunity: 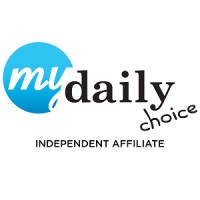