Get Paid To Learn About Bitcin!

Everyone knows about the term money, but undoubetedly, but very few people really understand the relationship of  or the true power of the various forms or kinds of money or currencies. In the very beginning of the economic system when all economies were agrarian based, currency consisted of bartering for the things people wanted and needed. Over time and as things progressed, people began to use and rely upon gold and silver as their economic instruments to reveive the things wanted and needed. Under that system only the very rich could afford gold and silver to trade with. All the other people still had to use the bartering system. Again. with tbe passage of time and as things progressed, countries shifted to the paper money system by outlawing the possession on gols and silver. They explained their actions with various explanations such as they needed silver and gold for war efforts, etc, but the real reason was that they wanted to expand their economies and the best, easiest, most efficient way to do this was to substitute paper money (dollar bills) for silver and gold. Paper money only had to be printed and they could print as much of it as they wanted or needed and they could do it as often as they wanted or needed. Of course, while this solved one problem, it created another, namely, inflation and deflation, the oversupply and the under supply on money in the market. These in turn, led to prosperous times, then recessions, and finally, depressions in regular formations and cycles.

Noe, there is a new kind of money being introduced into the market, namely, internet or crypto currency or bitcoin. This new currency is getting a lot of buzz and is rapidly becoming the rage of the financial markets. All kinds of companies are springing up and promoting the idea of investing in bitcoin, which is being accepted by more and more companies as payment for goods and services. This heightened interest in bit coin is being likened to the gold rush and the rise and fast elevation on the internet. There is no doubt that bitcoin will be a very great and well known monetary currency in the near and far future. It does not take a genius to see and know this. Even a blind person can see this.

The problem is that very few people know about bitcoin and even fewer people understand what it is, how to use it to pay for goods and services, how to covert it to papee money or dollars, and how to invest in bitcoin and make it grow into a fortune. Fortunately, there is now a company which will teach you how to do all of these things. Not only will they teach you these things, but they will also pay you to learn how to do all these things. The company is called icoinplus. They are a multi-level marketing company. The pay plan consists of a 2x14 forced matrix with no qualifications in order to earn money in the matrix. All you hav to do to earn money is join and stay active each and every month. The joining fee is very reasonable and affordable. It is $40.00  one time plus $39.95 and thereafter, $39.95 per month. If you join and stay in he company, you will earn money and lots of it, thousands ler montn. Of course, you can and will earn a lot more if you personally recruit other distributots. I emplore yoh to get started with me in icoinplus immediately because it will be a huge success. You can join me and find out more details at www.Discovericoinplus.com/bee. You can so get more details at www.Icoinhangout.con/beefree.

Back to member profile >>
This article was published on 26.06.2017 by Morris Jennings
Member comments:
No comments yet 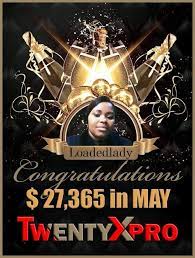