I’m sure many of you know the basic four subjects that you were require to take throughout most your school years: Math, Science, History, English/Language. We were always told that these subjects are essential and yes they are in their respects however one subject is missing from the line that as an adult it is a need and that is Financial Literacy.

What is Financial Literacy?

Many of you may not have either heard the term or came across it only once. According to the President’s Advisory Council for Financial Literacy, they define the term as the ability to use knowledge and skills to manage financial resources effectively for a lifetime of financial well being). It other words it is to keep finances in order. Now the first that may come to mind in terms of finance may be bills budgeting but there is a whole different perspective on the matter in which I will get into a second. You may be thinking about already having to do this and if you are achieving it flawlessly then congratulations however if you are in the boat as most people are then you are going to have to listen closely on why financial literacy is one main factors is important to securing a wealthy future. Here are the three key reason.

It can COST you money not to understand it

That’s right folks! Financial Literacy can be an ultimate money grabber. What do I mean you ask? Well it can be things such as late fees for bills, high interest on loans and massive debt. When many individuals haven’t been expose the knowledge on how these can be avoided it can add up over a lifetime. Don’t take my word for it. According to a study done by the National Financial Educators Council, 28.6% of 65 year old respondents say they lost $30k or more due to the lack of financial knowledge. The study was broken down by age group in which 41.5% of ages 55 to 64 years old responded to losing 15K or more. Now the reason I focus discussing the study to this age group is that the result appear to concluded that if those respondents have been exposed to literacy education, the amount of money lost would be alot less.

Prioritizing in the wrong areas

This may be a little controversial but many people spend their money on things that won’t bring them any return in the future. Now there is nothing wrong with treating yourself once in awhile however there is a point where it can be excessive and over the top. For instance the cell phone; Lets take a look at Iphone for example. Almost every year a new model comes out in which many people not only go crazy for them but end up changing to that model. Typically Iphone can be expensive unless you get a good deal from your cell phone provide. Lets say the latest model cost you $700. That same $700 can be use for other things in your life that may need attention. Same thing with a new car. There are many people who love to upgrade there car every couple of years in which is around the time many car makers redesigned there models. Again instead of having a paid off car the new car with payments seem attractive now. Now i get it there are circumstances that cannot be control whether a car breaking down and to costly to fix or a cellphone dieing out of now. Things happen but if it doesn’t necessary happen like that those priorities can be used in a better way such as retirement and paying down other debts.

Reducing stress in the future

Wouldn’t it be nice not to worry about debt or bills? Where you can have enough money to be comfortable, and instead living paycheck to paycheck? Well by knowing how to manage your finances in the present will save you alot of heartache in the future. It leads back to what I was previous stating in point number two. Focusing on enhancing your financial assets such as an emergency savings can help you in the long run. Lets face it, the cost of living is rising at a fast pace and having to rely on employer 401k, pensions and the government only may not be enough. Again this is for many people, some people re lucky enough to be good on those two but the majority are not. Knowing what other options that are out there can be a make or break point of staying afloat.

These three points listed above are important but there are many other reasons to know how finances work including the point of keeping good credit. Despite on where you are at in life, it is never to late to learning about improving your finances. There are many resources online including blogs(like this one) and offline as well such as your local banks. The sooner you start to learn the better.

What are your thoughts on the matter? Also be sure to shoot me a connection request if you found something useful

Back to member profile >>
This article was published on 04.07.2019 by Miles Washington
Member comments:
No comments yet 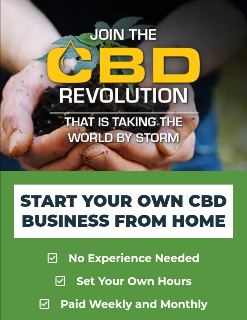