Are you interested investing little money in a very interesting program, with a great return? There is now a great opportunity to invest in a new multinational company, which has developed an entirely new technology - Sky Way technology - for the transport of people and goods.

This technology will replace a big part of the existing railway network and roads, with new transport links for long distances, regions, cities, and freight.

The advantages of this new type of transport are enormous:
• It is much faster than any other existing transport except aircraft (up to 500 km/hour)
• It is considerably cheaper in the construction of the infrastructure
• It is much cheaper to travel
• It is very ecological, since much less earth's surface needs to be used
• It is much cleaner than the current means of transport
• and it makes it possible to reach the most difficult areas.

This technology will revolutionize the global transport of people and goods.
Sky Way brings a whole new technology. It is therefore not an improvement to existing technologies. Sky Way rails are being constructed at a height of 15 to 30 meters above the ground and rest on pillars. Because of the special lightweight but extremely strong construction of the rails, the pillars can be placed up to 3 km apart, causing significant less use of the earth's surface than present railways and motorways. Trains, trams and other vehicles can run either on top of the rails, or adhere underneath as a kind of gondola.

The project has many innovative elements, the main three are:
•  The string rails technology . In the inner part of the rails a number of steel cables are arranged in padding. In addition, the actual rails are placed on top of it. In the padding there is also space for other cables, such as electricity and internet.
•  A unique wheel design , which ensures optimum safety
•  A completely new aerodynamic design, with over 25 years of development to achieve optimal speed.

The combination of a very strong lightweight rails, wheel construction and aerodynamic design makes Sky Way feeling like you're gliding over the rails. For long distance a maximum speed of 500 km/hour can be achieved, suburban, regional and freight speeds from 120 to 150 km/hour.

Eco-Technopark
The technology will be officially presented in May 2017. To this end they build on an area of  35 hectares outside the Belarusian capital Minsk, in the town Mariyna Gorka, an Eco-Technopark. The first transport links were completed in November 2016. It is a demonstration park where eventually all forms of transport - long distance, urban/regional and freight - will be shown.
At present, 175 people are involved in the development of the Eco-Technopark. Sky Way Group
The Sky Way Group consists of a number of to each other related companies.
There is  Yunitskiy Corp. UniSky  based in Minsk, Belarus. In this company, research, technology, patents and intellectual property are housed.
In addition, there is  Eurasian Rail SkyWay Systems Holding Ltd.  (ERSSH) that ensures the implementation of projects, including the construction of the Eco-Technopark. This company is registered in the British Virgin Islands.
UniSky and ERSSH are part of the overall company  Global Transport Investment  (GTI).

One part of the ERSSH is Sky Way Capital, based in London. This company provides attracting investors by means of sale of shares. After registration of the shares by Sky Way Capital, they will be transferred to the holding company ERSSH, which ultimately registers the shares in the share register of England. To protect the shareholders they have deliberately chosen for England and the shares are protected by English law.

The company wants to go to the stock market in 2018/2019. When previously all shares are sold, one can only buy shares from existing shareholders, through an internal market.

The Sky Way Group expects eventually to have a market share of 50 percent of the global transport network. The expectation is that five years after the IPO, around 2022/2023, the share will be worth $ 10.

Invest
Initially the idea was to finance the project with a few mega-investors, but that was not practical. In 2011, therefore was decided to get the necessary funds for the development of the project by crowd-investment. Because of this decision it became possible that even small investors can participate.

In addition to the packages that you pay in full in one time, there is the option to pay certain packages distributed in monthly installments.

This means that it is almost possible for everyone to participate.

Not only individuals are able to invest. Companies and organizations can buy shares as well and thus strengthen their financial position.

Decide on short notice
The sale of shares goes very fast and it is expected, especially after the Berlin InnoTrans 2016 fair, that large investors will step in soon. Furthermore, the more shares are sold, the more expensive they become. Although not yet officially announced, it must be taken into account that at the end of September, the number of shares per package will be 30 percent less. Furthermore, it is already clear that now the Eco Techno Park officially has been opened in last November 2016, the sales of the small packages will stop soon.

So for small investors it is short day to decide.  When is too late, you let a chance go by to get a nice little capital with little money. It is a situation similar to companies like Apple, Google and Amazon, as investors bought shares in an early stage and have become very rich.

It does not mean that there are no possibilities for small investors after November.

The company has several projects in mind, including the construction of vertical cities in Saint Petersburg, Yekaterinburg and Vladivostok. The expectation is that as again investors are sought. But participation with small packages for this company is no longer possible.

In addition, there are other interesting earning opportunities, a unique opportunity to build an extra little capital and guarantee an annual dividend for example a study of your children or a supplement for your pension.

Perspectives
It will be understood that Sky Way will bring about a revolution in the transport of passenger and goods. It is the transport of the 21st century, which will have an impact on many sectors of the economy. Railways, highways, airports and cargo transport will undergo a complete change. The project also fits in with the plans of Russia and China, with a number of other large Asian countries, to develop the Euro-Asian continent, with investments in the size of thousands of billions of dollars. Sky Way brings this vast continent closer together, from Vladivostok to Lisbon, from Tokyo to London and from there to Africa and the American continent.

First results
Internationally, there is great interest and there are already several companies in different countries who signed contracts of intention worth of 164 billion dollars. Companies in a number of EU countries are interested to build fast line connection London - Berlin - Moscow to Tokyo, a 60 billion euro investment. Russia wants a link from Moscow to Minsk, Vilnius and Kaliningrad. Vietnam wants to link Hanoi to Ho Chi Minh City, Bolivia, a mining area of iron ore to ports at the Pacific Ocean and also the VEA are very interested. In Australia is such an enthusiasm that, while the technology still officially not has been presented, concrete plans have been made for the construction of a line in a college town. Other cities in Australia to develop plans as well. Former Australian Minister of Transport, Rod Hook, is the main promoter.

Support
Not only is the private sector interested. Also, governments of various countries are interested. Many countries face the need to invest heavily in their infrastructure and the Sky Way technology that ensures fast, safe and clean transport, with significantly lower costs for the construction of infrastructure and transport is very appealing. The project has, inter alia, the full support of the Russian government that 'has qualified it as "innovative and ecological”. The UN agency Habitat supports the project as well.

Summarizing
• Investors now have the unique opportunity to buy shares for pennies soon worth of dollars
• Investors become part owner of a global transport network
• Investors contribute to a faster, cleaner, cheaper and safer transport

With Sky Way the sky is the limit!
Below you find four links to short video clips to give you an idea of  what it's about. Here is a link to sign up for free with no obligations:  ���http://skywayteam.com���

After registration you will receive a confirmation email and a code by SMS to your phone or to your email address.

When you join SkyWayTeam I will personally guide you with support and sent you more info.
Direct questions can sent to new@skywayteam.com

Back to announcements >>
This article was published on 25.04.2017 by Jan Kaptein
Author's business opportunity: 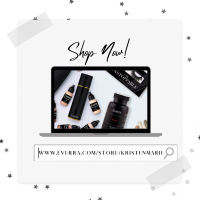 Member Ad
Easy Affiliate Marketing
Work for yourself As an Affiliate Marketer from HomeAs easy as 1..2..3…This is NOT a get rich quick!Invest only 2 hours a day and make your own schedule!Fast & Easy start