Will You Be Ready?

I'm an avid reader of anything & everything concerning history and economics.  Yeah I know...boring stuff. But critical at the same time.  It's kinda hilarious that I believe that now, when I really HATED both subjects while in school.

What I've come to realize since my school days of skipping Econ and History classes, which I wish I wouldn't have done, is that the understanding of how our economy works and knowing your history is so very important. Back in the day, history and economics were just another "thing" I just wanted to get over with. You might be able to relate.

But as I grew older and matured and began to see what's really going on out here in the real world, I began to understand that knowing your history and understanding how our economy works could very well prepare you for what may come down the "pike" later on.

I mentioned all that to say THIS...

I've studied what has happened over the last 100 years with our economy and what I discovered is...we're in a lot of trouble. I don't care what the television media says, the U.S. of A is in trouble.  Don't believe me?

If you've never seen that before, don't feel bad, many Americans haven't.  What you should pay very close attention to is the big red 22 in the upper left hand corner. By the way that number doesn't represent millions, or billions, but TRILLIONS!

Here are my other reasons why I believe history and economics are important and why we're in trouble as a nation:

Did you know we were mere hours away from the first and only complete U.S. banking collapse during that financial crisis?  Most people aren’t aware of this deeply hidden fact since it was mostly shielded from the unsuspecting American public.

So what does any of this have to do with network marketing?  EVERYTHING!

You signed on the dotted line to enter into your company's compensation plan to either earn extra money or to live the lavish lifestyle and be free of a boss and enjoy life the way you know you're suppose to.  Are you really giving it your all or can you do more in your business to see to it that you live the way you really want?

I’ve come across some information that has given me some indications that there is going to be another recession hitting us in the next year or so. We're sitting right on top of it now. And we're in this strange "in between" period where it's the calm before the storm.

My question to you is will you be ready?  Will you begin to take a harder look at your daily activity to build your network marketing business?  And build it to the point where you couldn't care less what President Trump does, what Congress does or what the Stock Market does?

I'm tellin you folks we're coming up on the next crash!

Then ask yourself a common sense question. How much longer can those astronomical numbers keep going up before something crashes?   It's not a matter of if, but when.

Will you be ready?

Back to announcements >>
This article was published on 27.01.2017 by Frank F. Mayes
Author's business opportunity:

John Huffman Yes, I will be ready. I have all angles covered > http://wealthbuilders.nexxusuniversity.com/  3 years ago 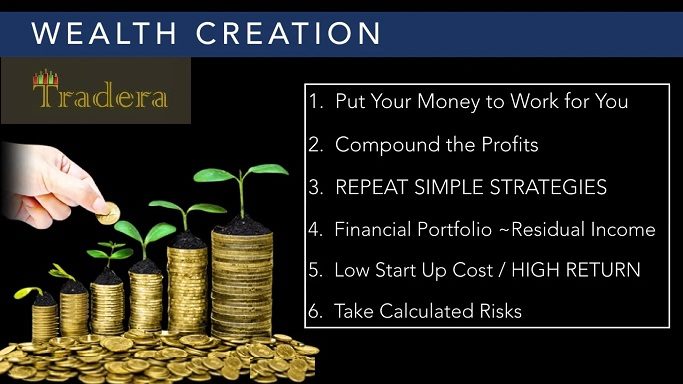